While Eli's Away, the Arctic's That Way

Eli is out on the flatlands and yes he has been neglecting his duties, but there are a couple of interesting things this year in the Arctic.  For one thing although the melt is not as large as in some other years, it is continuing quite late in the season 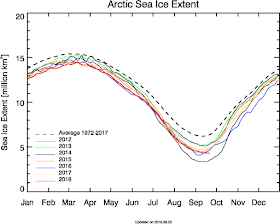 For another, the Northern Sea Route is wide open, with container ships making the transit and, very strangely, the Northwest Passage opened up late in September after being jammed all summer.  Even the main channel threatened to open up 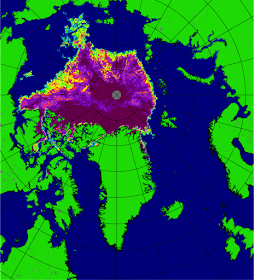